Great brand strategy revolves around clearly articulating your differentiation against competitors. You must continually push these differentiators to customers. One of the best ways to achieve this is by aligning your branding with your unique value propositions.

The Blue Ocean Strategy Canvas advises that you compete on attributes that your competitors have failed to serve. For years high growth companies have entered markets by first catering to an underserved niche market. Netflix started by mailing cult classic films that you couldn’t get at Blockbuster, Vimeo focused on professional videographers unlike YouTube, and Tesla started making luxury vehicles instead of competing with electric low-end hybrids. This strategy of differentiation is key for disruptive start-ups and established companies.

It is important to communicate these differences to consumers. Branding is key to successful customer loyalty. To resonate with your customer, you have to speak their language. If you are targeting corporate clients, your branding and messaging should align with this persona. Your entire brand: logo, name, print, ads, web, and media should push why you are different and thus better than the competition.

Below are twelve examples of competing brands that have tailored their marketing to accentuate their differentiation to the consumer.

1) SIMPLE VS. BANK OF AMERICA

Traditional banks have many branches and were slow to create easy to use mobile apps. Simple has no branches yet they focused on their great mobile app at a time when most banks apps were clunky and cumbersome. Traditional customers valued services such as home loans, CDs, and bank tellers. Simple focused on younger more tech savvy customers and arguably created the first 21st-century bank. 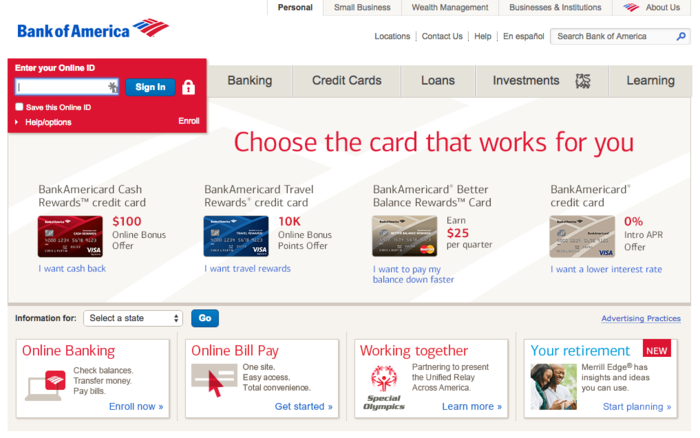 Bank  of America – Second largest bank in the United States 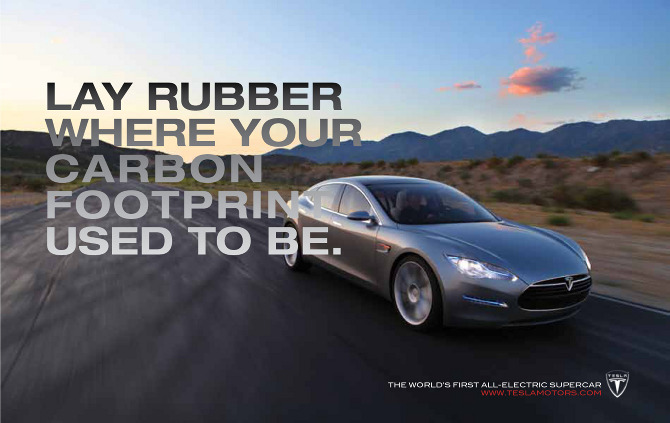 As airlines like Delta stopped serving peanuts and reduced leg room Jetblue entered the market touting their gourmet snacks and extensive leg room. Though they did not have international flights or an extensive frequent flier program, they broke into the market focusing friendly service, snacks, and legroom. Every part of their branding pushed to communicate the hospitality and fun of flying, while big airlines like Delta continued to push their message towards business travelers. For years, Taco Bell held the largest market share for fast food Mexican restaurants. Consumers looked to Taco Bell for years for cheap Tex-Mex food. Chipotle stormed the market by competing on quality instead of price. Chipotle differentiated with great branding. From clever jokes on their soda cups to the hip urban atmosphere the entire experience works to build brand equity. Gillette has become one of the most recognized brands built on the pillars of professional and masculine razors. Dollar Shave Club entered the market attacking Gillette on price. The name alone shows that they are pushing consumers towards low cost. However, DSC also competes on quality. They further differentiated by creating messaging that is far from Gillete’s professional advertisements – a humorous take that has made the company a major player in the grooming industry. At first Trader Joes and Whole Foods seem to have very similar brand positioning. Both are grocery stores with boutique offerings for a more choosey culinary consumer. But if we dig a bit deeper, we will find that they actually have distinctly different positions.

Trader Joes has small stores and this means, unlike Whole Foods they must choose what products to put on their shelves. The result is a hodgepodge of hard to find and exotic goods. You can find Korean scallion pancakes right next to tamales. There is a health focus but also a fun focus. It’s meant to be a treasure hunt. And their branding reflects this. The stores are decorated in a fun nautical theme. Employees wear Hawaiian shirts and loudly shout when there aren’t enough cashiers.

Whole Foods focuses on a more affluent market and their branding reflects that. The branding is crisper and less fun. Their product displays are more refined and they offer more health conscious foods. Their main color green reflects the organic side of the brand. Trader Joes, on the other hand, has fun lettering and bright red colors.

Both companies have fantastic branding. One is not better than the other. They both organize all their activities to re-enforce their brand message. Building loyalty with their target personas. Lyft and Uber are both ride-share applications that have incredibly similar offerings yet radically different brand positioning.

Uber pioneered their market. They started with just black executive Lincoln Towncars. With their jet black branding and sleek logo. They were exclusive, cold, and luxurious. Over time their offerings became more diversified and products like Uberx and Uberpool allowed anyone to call a ride and get picked up for a few dollars by a Prius.

On the opposite side of the spectrum came Lyft. Originally cars were adorned with a bright pink fuzzy mustache. Riders were told to sit in the front and make conversation with their drivers. And drivers were billed as being “fun and interesting”.

Lyft came in knowing they had to be different. Though they followed much of what Uber had pioneered. They took their branding and culture in the opposite direction.

This helped make them distinct and different. Not Uber. Not only did this make them easier for consumers to identify, it ultimately benefited them as Uber was slammed by the press for it’s cold, unfriendly, and ruthless sheen.

The Cash App and Venmo are both electronic-money-transferring apps that take all the extra leg-work out of paying people back. While the service they provide is similar, their brand positioning is vastly different. Venmo takes the social approach, giving you the option to attach a public note (typically emojis) to your payments that appear in your friend feed. On the other hand, the Cash App takes the all-business approach, avoiding the clever notes and publicized payments altogether.

Their target buying tribes differ in that one, fundamental way. Venmo’s users enjoy the personal payback approach that Cash App users see as odd and intrusive over-sharing. They both dominate their positions respectively, filling in the holes left behind by the other. However, in light of their differences, there is one thing they both have in common… they both make it infinitely easier to square away those large, inconvenient restaurant checks split between 13 people. 9.) Airbnb – Live and Learn with Locals

I’ve always loved Airbnb’s tagline — Belong Anywhere — for two reasons. For starters, it says so much with only two words. It beckons exploration and total immersion into unfamiliar territory. I get excited about traveling every time I read it. The other reason I’m so fond of it is because of how well it matches up with their brand positioning strategy. It takes the traditional, homogenized experience of staying in a hotel and flips it on its head.

Why stay in a hotel when you can stay somewhere, with someone, that makes you feel like you truly belong to the area? Unlike hotels, Airbnb gives you a true taste of place, creating an experience all the more exciting and enriching. Airbnb completely changed the game by legitimizing couchsurfing, providing an authentic alternative to traditional lodging options.

When I first heard the MeUndies differentiator, I had to rewind the podcast to make sure my mind wasn’t playing tricks on me. MeUndies uses a material called micro modal in their underwear, which is ostensibly three times as soft as cotton. That’s right… Three times as a soft as the gold-standard of softness. What an egregious statement and effective brand positioning strategy.

The MeUndies soft strategy essentially makes cotton sound rough and uncomfortable, which may explain the confidence behind their “there’s no way you won’t fall in love with our product” money-back guarantee. Ever since first discovering them, I can’t go three days without hearing their advertisements on podcasts all across the subject-matter spectrum (I burn through quite a few podcasts on my commute), and the same, simple claim is advertised every single time:

It just goes to show that your positioning strategy doesn’t have to be excessively complex. You don’t have to promise an all expenses paid trip to the Moon to catch attention (I’d be scared to travel through space anyway). Rather, be concrete and upfront about a singular, unique aspect of your offering and stick to that script until your brand becomes synonymous with it.

Before we dive into the positioning strategy of Grubhub, I must warn you, once you start using Grubhub, your relationship to ordering out will never be the same. That sums up the potency of their brand positioning perfectly. They changed the experience of ordering takeout so drastically that going back to the ways of old ( interacting with restaurants directly over the phone) already feels like an outdated approach.

In an age that emphasizes instant-gratification and sprawling choice, Grubhub puts menus from your favorite local restaurants directly in front of you. No more calling in and reading off your order item by item. No more miscommunications. With Grubhub, you can satisfy any obscure food craving that possesses you. Want to try that new Thai restaurant that just opened? Need six pizzas for your six-year-old’s birthday party? Ready to chug a chocolate shake after returning from a night out on the town? Pop open the hub of grub and dig in. 12.) StitchFix – A Subscription That Suits You (Literally)

While I haven’t tried StitchFix personally (they just recently launched an offering for men), many of the women in my life swear by the service, giving me an inside look into their positioning strategy. They’re a subscription service at their core, but they’ve sewn in a unique differentiator unusual to the subscription model – they assign you a personal stylist who curates your look based on your preferences and feedback over time. This personal touch adds immense value to their service, providing people who may dread shopping with a little wardrobe angel on their shoulder.

You start by filling out a series of onboarding forms that give your newfound stylist a better idea of your taste. You then receive your first box which contains five items of clothing (shoes, shirts, dresses, etc). Take them or leave them, either way, you can provide feedback to your stylist so they can knock it out of the park the next time around.

Great identity helps shape consumer perceptions and decision-making behavior. A great brand aligns with your business’s larger market strategy and consumers needs. Strong brands cast a vision and communicate the unique value of the brand in a crowded marketplace. And if you ever need help, don’t hesitate to reach out! We are recognized as a Top 25 Enterprise Logo Design & Branding Agency on DesignRush.

4 New Social Media Features on the Networks You Know & Love

New networks are being introduced every day and it’s exciting to watch how this affects B2B and B2C marketing, as well...

Running around the city with a camera asking random SXSW attendees to try out Focal Upright's new product.

The user experience, commonly referred to as UX, is how you develop your content and company’s touch points to make...